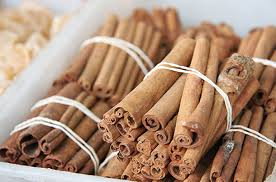 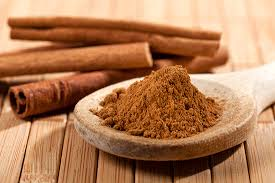 Moving along in our journey about getting to know more about herbs and spices we will now discuss Cinnamon.

Before moving to Canada I frankly was not aware that cinnamon was used so abundantly in this part of the world, but I was so pleasantly surprised when I got here and realized that not just in food the aroma and flavor too was loved by one and all and is extensively used home fragrance.

We can trace the use or let’s say mention of Cinnamon to about 2500 years ago, cinnamon was an important ingredient in embalming solution used for the Egyptian Mummification process and there is a definite mention of cinnamon on the Holy Bible.

What I am not sure of is whether it is just Cinnamon for sure what it was or was it Cassia. Both of these were widely traded in the Holy Land under the same generic name cinnamon further deepening the confusion.

Romans were so very enamored with Cinnamon that it was used as a form of currency. The Portuguese were the first to establish their trading outpost in Sri Lanka or what was then known as Ceylon and very ruthlessly governed the natives involved in the production of this magical spice. Subsequently the Portuguese were overrun by the Dutch and eventually the British.

Since it was so popular the confusion between the two was perhaps intentional since both were carried to these lands by traders who would have had no intentions of revealing their source, in fact there were wild stories planted about how cinnamon was acquired, for instance the one story that goes is that it could only be the bravest of the brave traders who would carry cut up carcasses of animals near the area where gigantic birds made nests with cinnamon sticks and when those birds carried these carcasses up to their nests and because of the weight of these carcasses parts of the  nests would break and fall to the ground which were then collected by the traders risking their lives.

So before we go any further, I must first and foremost establish a clear difference between Cinnamon and Cassia.

Both Cinnamon and Cassia are derived from tropical evergreen trees and that is perhaps where the similarity ends.

Cinnamomum  zeylanicum  (Ceylon Cinnamon) is the biological name given to what should be considered the authentic Cinnamon. Cinnamon is buff−colored and mildly sweet in flavor,

Whereas Cassia commonly used to substitute Cinnamon is as a matter of fact Cassia. Cassia is darker, reddish brown color and has a more pungent, slightly bittersweet flavor.

Each quill of Cinnamon or each stick as we call them, is a piece of art. What most of you would not know about is the painstaking labor that goes into harvesting each one of these- so taken for granted- sticks.

It is during the monsoon season that these young- about three inches in diameter- shoots are cut from close to the base of the tree. After about a couple of days of drying these are taken and with a specialized knife the outer bark is stripped off very carefully taking extreme care the inner sap is not nicked or marked in any way.

These shoots are then further set aside for a couple of days, to allow the inner sap or bark whatever you may choose to call it to dry and firm up. When it is then deemed fit an extremely well trained and experienced person uses a brass wand about an inch thick and about six inches long and vigorously rubs this on the surface of the inner bark to make it easier to pry it off the stem, again taking extreme care not to damage the sap in anyway by way of any nicks or scrapes.

Next another expert performs the most delicate part of harvesting these Cinnamon Quills. Starting at the base he or she makes a slight cut with a specialized knife as close to the edge as possible along the circumference of the shoot, thus making an edge, next the knife is used to cut a straight groove as long as possible along the entire length of the shoot, with exquisite skill the entire inner bark is then expertly peeled off, the value of the cinnamon is judged by the quality and unblemished of this dexterously harvested inner sap.

After drying this harvested sap or inner bark, they are then wrapped, layered within each other, starting with larger pieces and the gradually smaller ones within each, these layered sticks approximately three to four feet tall are then rerolled progressively over the course of a few days until they form tightly wrapped sticks, these are then tied together in a bunch ready for sale to the local buyers who in turn sell it to various larger buying houses.

Cassia has a much relatively simpler harvesting process where just the bark needs to be peeled off and wrapped.

As would be obvious lower quality harvested material is ground and makes its way to our homes as cinnamon powder and there is no way of telling whether it is Cinnamon or Cassia or a blend of both, therefore if you do use Cinnamon and would like to be sure, I suggest you buy the actual   quills or Sticks whatever you prefer to call them.

I have tried to explain in detail the arduous process that is involved in bringing the so very indispensable cinnamon to out kitchens or tables, just to bring some so well deserved recognition to those unsung and under recognized people toiling to make a living, supplying the entire world with the Cinnamon we all crave so much. If any of you would like to watch a B.B.C Produced Documentary on this please feel free to get in touch with me.